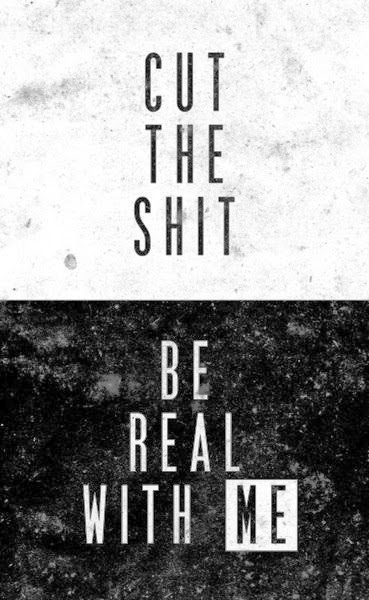 Depression is such a dick.
Here is a real story.

I've heard it referred to as a black dog, but the depression that I know isn't like a pet. It's not something that I would breed pure and parade at a showground. I don't seek companionship with it. It isn't a beast outside of myself, mostly it just feels like I'm divided into vacillating healthy versus unhealthy hemispheres. I'm generally managing work and (minimal) social stuff, but running in the background like some sort of corrupted app is the volatile presence of feebly suppressed fear. Oh, and sadness. Much sadness. Super negative and sometimes violent self-talk results, and like a set of pop-up notifications they are super fucking tricky to disable.

It has helped that I sought help and received a diagnosis, and I am learning how to make triggers lesser...well, lesser triggers.

I miss how I used to be before I was depressed. I guess I hope that somehow knowing what a big old dark emotional pit looks and feels like will make me less of pretentious, privileged asshole. I don't know. Maybe the state of being depressed is a result of trying to make it in this unjust, unfair world where people are starving and others are wiping their shitty asses with wet wipes just because it makes their anus' smell less like their ego.

One benefit of wanting out is wanting change. The change part is good, because it's a way of giving energy out to issues and causes bigger than myself. Discrimination and social injustice; these matters actually matter more in the world outside of my head, and another by-product of feeling shit all the time is being able to see and help others that are actually being treated like shit.

And I don't really know how to end this blog. This is my attempt to be transparent, and maybe even make someone else feel more comfortable to do the same.

We're all fighting our own riots, right?