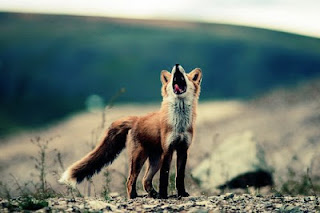 Sometimes thoughts kamikaze into consciousness. Today, enjoying a coffee and reading the paper,  my concentration was interrupted by the mindful realisation that I was indeed relaxed. Why my brain felt the need to say "Oi Sarah, you feel tranquilised" was curious in itself, thus manifesting in a ditched Courier Mail and a half an hour of me staring at the wall, cogs turning recklessly.

I'm on holidays, initiated by my relocation after the Molotov cocktail that was 2012. Most of the year was spent with my days dictated by work and the pressures of kicking it in a busy city. The job itself in Melbourne was not that difficult, yet I found myself feeling like a falling Alice. I observed people toying with logic. There were constant limitations. I felt like an outsider. I had a yearning to return home. There was an overriding theme of death, a sense of urgency and an obsession with time and self analysis as I woke up. There, back in the real world, half way through my soy latte.

Being in direct contact with death for forty to seventy hours a week shapes you. It smooths your corners during the day; it softens your tone of voice and sharpens your focus. When families thanked me, I had the go-to phrase of "That's what I'm here for." In reality, that wasn't what I was there to do. I was there to arrange for the disposal of a body and to co-ordinate a memorial event. I took the rest on, because I thought I could.

A hangover of this dedication is the exhaustion that I'm facing now. As a twenty seven year old, I came home mentally depleted and could govern nothing more than a bath and half an episode of futurama. I wished for my time in Melbourne to be spent growing and learning, but instead I could feel my batteries wear like a torch left on in a drawer. In my private life I felt hypervigilant, perhaps due to my constant exposure to high stress situations. Being the one in control of arrangements I assumed a responsibility to alleviate heightened emotions. The more aware I was of this responsibility, the more sensitised I became to stresses outside of work. I was highly strung. I catastrophised, and this is potentially the root of many of the problems I faced in my personal life. It no doubt caused rifts between myself and others that I cared about, and explains why I felt like such an alien to my peers.

So these thoughts stole me away from my otherwise passive enjoyment of caffeine. I am glad for the deviation. I am glad that in knowing this, my year will take a different shape. 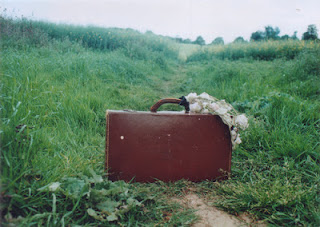 I've been reluctant to write, knowing that I've been ruminating over denouement, pensive and sober, my feet stuck in the drying mud.

Times like that; black, hungry times. The crushing ones, the ones that make you throw things and cry out. Should I have shared them? I could have given legs to my pathos and let you take them for a run.
Finding the words that match the way I feel, to colour mood with more dark than light, allowing others with minds that paint with words to see alike.

I enjoy the idea of words dying as time does. Of laying them out like corpses to say goodbye. Yet in shock and tragedy perhaps the close of such a heavy book is best done with a private funeral.

I'm moving. Come along and read with me. I'll blow air into a new balloon with words that float, born of the hunt.