Post Two Hundred and Twenty Seven: Lunette; Information for Smart Girls and Boys that know and care about Smart Girls. 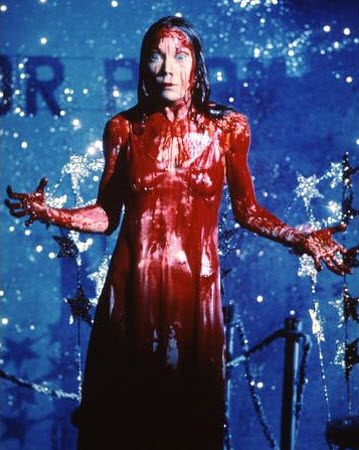 I wish I wrote this when I was sixteen. I'm thirty, and this is my own little reproductive revolution.


I bought a tiny cup, but it's also kind of a trophy. A clever little victory prize for the squadron of unhappy crampers. A gift that not only gives, but takes away.


Thinking back on some of the various discoveries in my life that have been game changing; things like the little arrow symbol on your car speedometer that shows which side the fuel tank is on, or the discovery that barbeque shapes are vegan and therefore obviously a perfectly acceptable breakfast food, buying a cup for my vagina has been pretty up there. *Takes bow.


And for all you peoples who are rollin' your eyes saying "Man, she's going to talk about periods again" then this article is not for you. Go home. Sit on your soggy pads, or live with the fact that as you ignore the leaking ladies around you, we are bleeding EVERY MONTH for decades, and if we know about it and your aversions, together in the same room, we'll purposely keep on bleedin' right up next to you.


If you're wondering what menstruation has to do with funeral practice, it has little relevance, other than the fact that I am awesome at both things. I am also trying to write more, and sometimes a girl leaks thoughts.

*Warning. This article has been written under the influence of luteinizing hormones.


The 'lunette' menstrual cup is made of medical grade silicone and it's only duty is to catch period blood, month after month, for as long as it lives. It'd house little humpty dumpty if he was small enough to hang around in my palm, or, as it nestles in situ, alarmingly undetectable in the crook of your nook.


I think I first read about menstrual cups in a health food store catalogue. The marketing was aimed at women who grind their own sage to rub into their sweaty pits and use the activities of the moon to decide whether or not to cook zucchini in the same pot as the squash. I was not keen on the idea of running around the toilet at a movie cinema during the previews, hiding a goblet of my own slosh under my cardigan until I could throw it down the sink. Would I just go and wash it on down the sink next to the girl on a break from the candy bar? And then what, did I just wipe the cup with a Kleenex and whack it back up?


It was only when a girlfriend of mine and I were talking about the joys of negotiating our periods and simultaneously attempting the sport of Brazilian Jiu Jitsu, with it's fancy all-white get up and forward rolls, that she brought up the topic of menstrual cups. She'd been using one for a while and I was blown away by her bravery and commitment to her clam. I had ALL of the questions.
"And it isn't too big?" I asked.


"Does it spill, leaving you looking like the sole survivor of Carrie's prom?"


"And when it gets full, are you at risk around sharks?".


Off I went in search of some more information. I read a few great articles about regular women (girls who liked music and doritos and comfortable crotches) that wanted an alternative to forking out a wad of cash every month for something that we seemingly couldn't avoid purchasing. Some of the articles were about women with shitty cycles too, girls that struggled with pain and heavy bleeding and also girls with periods that sprung forth solely to ruin important events, for example walking down the aisle or sitting on an international flight for twenty hours, hunched over in follicular agony.


With my homework done, the only sensible thing left to do was to buy one of these things and try it out. Aiding my enthusiasms, I'd also heard about the chemicals that many companies use to bleach tampons, and the cost (both financial and environmental) of organic tampons was kind of getting me down. I could make this cup work, if it worked.


When I got to my local health grocer I must've looked kind of scared because a lady came to my aid almost immediately. There were two sizes, but I'd been pre-warned that the bigger of the two was generally only necessary for ladies who have given birth vaginally. Both my friend and the lady at the store had told me to trim the end of the tab at the base of the cup, as apparently it had a reputation for dangling and making things feel a little weird. She was right, and once I'd worked out how to insert the cup I couldn't feel a thing other than the 'release shoot of the blood balloon'. (My creative description, not the store persons, FYI).


The first time was kind of weird, I won't lie. You have to fold the cup into a little 'c' shape and then after insertion, you have to make sure that the cup has opened out and created a seal. If it's in the right place, you're good to go. Literally, you can go. To jiu-jitsu, to countries where you can't find tampons smaller than a chiko roll, on tour with a band when you don't want to have to buy tampons with the dudes buying chiko rolls, on a massive bender (I always forget about my period if I've been drinking)....


What I'm getting at is that you can reclaim a little bit more of your freedom. Learning about your body is a pretty rad side effect of using a cup. You know how much you menstruate and when you menstruate, and the coolest part is that once you buy a cup and learn how to use it, that part of the consumer process is done and dusted forever and even the word menstruate is less of a grandma thing to say.


The march from Menarche to Menopause shouldn't be mocked but I always thought when I bled it was kind of mayhem. Once you can see what is going on, it's kind of a non-event, bar the cravings for oreos and somewhat violent fascination with arm bars the day before. You can leave a menstrual cup in doing it's thang for up to ten hours, so once it's in for the morning you literally don't have to think about it until you're getting ready for rest at night. What I thought that I knew about my body wasn't accurate. Shape, regularity, awesomeness, comings and goings, it has all been re-evaluated. This little tool cost me about $45, and in the twelve months that I've had it I would've otherwise spent at least $150 on tampons and liners.


So that's that. Just like the forth or fifth day of your period, once you've made the switch from tampons to a cup, the pain of the whole process goes. I hope this helps you, or your girlfriend/wife, or your sister. I feel weird saying your mum, but hey, maybe it'll even help your mum.